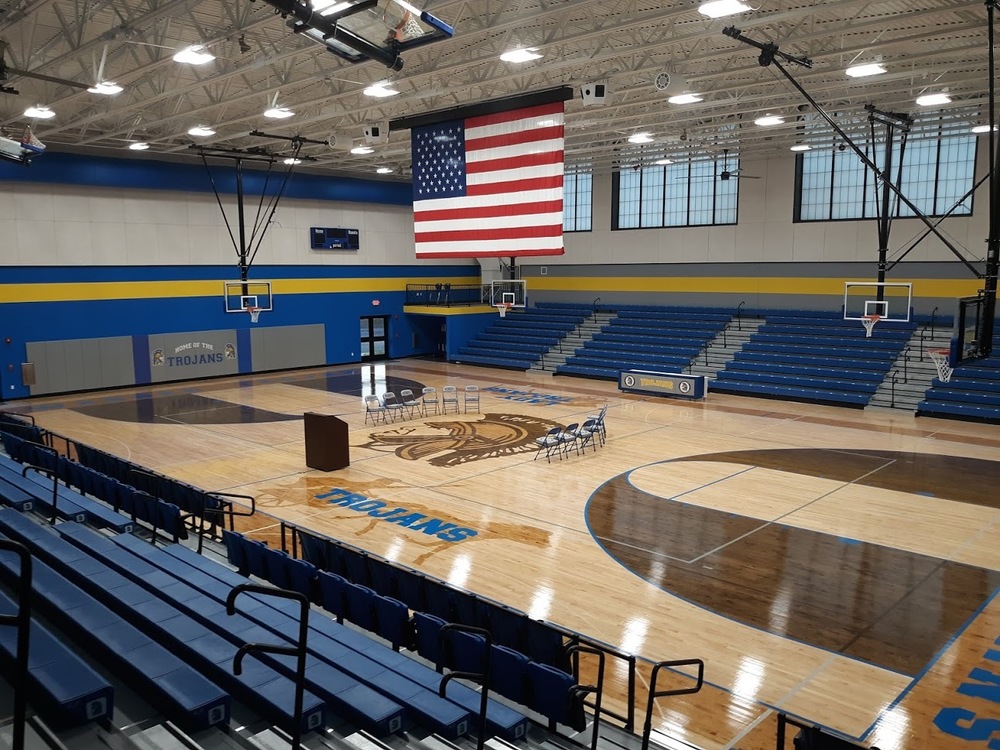 This article is to share the current position of every school district in Illinois and to explain what the district is currently facing.

The big news this week in Illinois revolved around winter sports (basketball mainly).  On Tuesday, the Governor's office released a statement which made basketball a "higher risk" sport according to the Illinois Department of Public Health guidelines. (read the full release here)  This means that basketball can only conduct, "no-contact practices, and trainings."  Previously, when basketball was a "medium risk" activity, "Intra-team scrimmages allowed, with parental consent for minors; no competitive play," was acceptable.  This press release caught a lot of people off guard, including the IHSA.  Craig Anderson, the Executive Director, was quoted by numerous newspapers saying, "We asked (IDPH) Dr. Ngozi Ezike to share her metrics involved in that decision.  She said no.  She couldn't share it with us."

On Wednesday, the IHSA held a board meeting in which they decided, "to move forward with basketball in the winter season despite the IDPH risk change yesterday."  Clearly, this conflicts the Governor's statement from the previous day.   In response to the IHSA's decision the Governor stated, "We’ve told school districts what the rules are and I think they all know,” said Pritzker in a Chicago Sun Times story, in what seemed like a warning shot Wednesday night. “So IHSA may have their views of it but school districts know what the rules are and it’s unfortunate but they would probably be taking on legal liability if they went ahead and moved beyond what the state has set as the mitigation standard.”  Headlines from across the state read, "IHSA board to defy state guidelines,"  "IHSA defies Gov. Pritzker," and "IHSA overrides Governor on High School Basketball."  Each one is more outlandish than the last.  For starters, the IHSA has no authority over the Governor's office.  Additionally, the IHSA has no accountability to the Governor's office.  I just wish that the Governor's office would work with the IHSA towards finding the best solution for the 1.9 million students in Illinois.

On Thursday, the Governor announced that basketball was being moved to the spring.  Here we go again.  The Governor has no authority to dictate when high school sports are played.  Later that afternoon, Pritzker backtracked stating, "We're not shutting them down."  "We've asked that they be moved into the spring."  Meanwhile, the IHSA stated that they had not received communication from the Governor's office since Tuesday.

Throughout all of this 853 school districts have been caught in the middle.  Wednesday night at 7:01 p.m., I received an email from the State Superintendent, Dr. Carmen Ayala, with the subject, Basketball - Please prioritize health and safety, which included the statement, "Defying the state’s public health guidance opens schools up to liability and other ramifications that may negatively impact school communities."  This stance from ISBE is in direct contradiction from July when Dr. Ayala stated,  "ISBE does not have oversight over these associations or organized sports activities outside of physical education."

So, where things stand on Friday, October 30, school districts are caught in the middle between the Governor's office and the stance of the IHSA.  Competing interests including the Governor, the IHSA, the IDPH, local health departments, ISBE, students, coaches, parents, superintendents, principals, school boards, lawyers, and community members all have opinions in this tug of war.  As we move forward more information will be available.  Hopefully, the IDPH will share the information requested by the IHSA which influenced the decision to move basketball to "higher risk."  Many want to see athletics continue so that kids have an opportunity, me included.  However, there are many factors that influence this decision.  The liability risk for the district is great and insurance carriers removed any coverage for communicable disease this year.  So, defense for any lawsuit would rest on tort immunity in which the district must not act with willfully or wantonly negligence.  Additionally, I am of the understanding that ISBE has threatened to withhold funding of any district not in compliance with IDPH guidelines.

At this moment, I do not have a recommendation for the Board of Education.  I think it is too early to determine anything.  Throughout the pandemic, we have slow played decisions to give the situation time to develop.  This is no different.  Hopefully, the powers that be will begin working together to come up with a workable solution for kids.