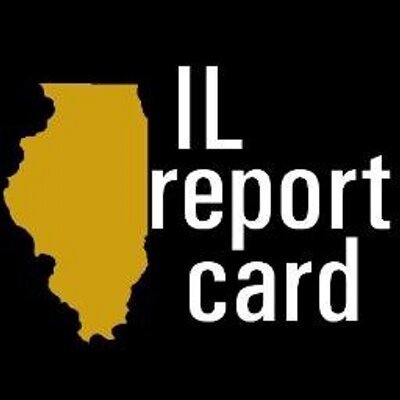 The Illinois State Board of Education released the 2017-2018 school report card on October 31.  This is the first year for new school designations under the new federal Every Student Succeeds Act (ESSA).  There are four possible designations for schools in Illinois.

- Exemplary- A school that has no underperforming subgroups, a graduation rate of at greater than 67%, and whose performance is in the top 10% of schools statewide.

- Commendable- A school that has no subgroups performing at or below the level of the "all students" group in the lowest 5% of Title I schools, a graduation rate greater than 67%, and whose performance is not in the top 10% of schools statewide.

- Underperforming- A school in which one or more subgroups is performing at or below the level of the "all students" group in the lowest 5% of Title I schools.

- Lowest Performing- A school that is in the lowest-performing 5% of Title I schools in Illinois and those high schools that have a graduation rate of 67% or less.

Under previous federal law, No Child Left Behind (NCLB), labels for schools were measured according test scores, or achievement, on standardized assessments.  The new method for schools under ESSA takes into account much more than a single score for students. (more information can be found here) This is very fitting as children are much more than a single test score.

I would like to congratulate the students and staff of Bluford Grade School and Webber High School as they both have received Commendable designations for the 2017-2018 school year.  As a school district, we will continue to assess all available data as we strive for continuous improvement for our students.  As we continue to move forward, state goals, which are part of ESSA, will serve as a framework for district goals as we make decisions allocating resources to improve teaching and learning.